Attention to all Partners of Loved Ones

Attention to all Partners: There is going to be times that your Loved one is going to go through an Emotional Break Down. It has Nothing to do with you.....unless you handle it wrong, then it will have EVERYTHING to do with you!!
1st rule is to take yourself out of it. Do not make it about you. You might want to make an excuse why you are afraid to come to their rescue or afraid to be there for them. STOP THAT. Listen, REALLY Listen to what they are saying. The best thing you can do is to go to them & listen without judgement, advice or anything involving you & how you feel. You can ask them if you can do anything, but do not show your feelings if the answer is not to your liking or what you expected. It is NOT about you & your expectations. You just NEED to be there for them, without judgement. It will be the best thing you can do for them and they will most likely do the same for you when you need it.
I will update this post soon....stay Tuned!
Posted by Stacy Burke at 9:13 PM No comments:

URRrrrGGGggg - Major snag in our Hawaii Trip. Roy bought my Plane Ticket via Expedia. Roy`s work changed his flight - so Roy had to change my Ticket as well. As soon as he did that I had a bad feeling. I have Never had a good experience in Changing Plane Tickets. Expedia told Roy, no Problem, they would refund his money from Old Ticket and only charge New Ticket.
Well - Roy checked his bank and sure enough - Expedia withdrew money from both tickets. Roy is furious. Our Rent Check might Bounce. Not Good. We have both been on phone with Expedia to try to get our money back. We have been on hold all day. I finally got through after one hour on hold - and the lady hung up on me!!!!!
Roy says they are trying to pay him back with a Flight Voucher - they are basically forcing us to Pay for another Plane ticket, in which we will never use and you know that IF we did use it, it would have a Ton of restrictions.
We are soooo pissed off - this will break us, we cannot afford this, we could barely afford this trip as it was........I really do not Ever want to Fly Again......EVER!!!!

UPDATE May 22nd 2011:
Expedia Refunded Roy`s Money - it took a few days & a lot of waiting on hold and convincing that a Plane Voucher was not an option but all ended well, Roy very Relieved!
Posted by Stacy Burke at 2:50 PM No comments:

Roy and I have been married for a little over 3 years. We have yet to go on a Honeymoon, mainly due to the lack of Funds & lack of time. However, Roy has a New Client in Hawaii and Roy has to Fly out the 1st week of June. Roy decided to take me with him to Hawaii!!! All of Roy`s Travel Expenses are paid for, so all Roy has to do is Pay for my Plane ticket. I think he is using the money we both got back from our income taxes. I have never been to Hawaii before, so I am super Excited!! Roy has been to Hawaii 6 times to all the Islands. Roy has to work while we are there, so I plan on going on all the Tourist Tours. Roy said he might not have to work a full schedule, so the late afternoons & Evenings will be free for the both of us to Enjoy Hawaii. This will be both our Honeymoon and my Birthday Gift since my Birthday is May 27th.
Roy told me that they have a swap meet that is very cool & very cheap! I think I will pack Very Light, bringing Empty Suitcases to hold my stuff that I am going to get in Hawaii.
I am trying to get enough photo shoots booked before so I have some spending cash while I am there. I am also trying to get all my errands & website updates done before I leave. I will have my friend Reg stay at our home to care for our Animals, Plants & House. I will be sure to take lots of Photos and Video while I am in Hawaii. Be sure to check my Twitter Feed for up to the Minute Vacation Updates, Photos & Videos. http://Twitter.com/StacyBurke
I cannot wait to see how tan I am going to get. Roy said he might not be able to get me off the island, he maybe correct! I have a feeling that me & Hawaii are going to get along real Well!!
Aloha!!
Posted by Stacy Burke at 6:37 PM No comments:

Hope you are Never are in the path of Roy`s (Thor`s) Hammer!

May 7th 2011, Roy, our friend Ed & me all went to the Renaissance Fair. I love the Ren Fair. I used to get season tickets and spend all season at the Ren Fair when it used to be held at Devore California. Now the Ren Fair is in Irwindale California. Not as good or as Big as when it was in Devore, however, still very fun!
My Favorite Drink there is an Aboulette, which is Cider (Pear, Raspberry or Pomegranate), Guinness and a Chocolate Port Float on top, so very yummy!! The Food there is the Best. Anything you can ever want. The Shopping there is great as well. Many Unique Gifts that you will never find anywhere else. Very Expensive, however not as much as Disneyland, and much more Worth It! It is All about Food, Beer & Cleavage. I always dress up. I have a Wench Outfit, but I seem to wear my Belly Dance/Gypsy outfit more. If you ever watched the E! Girls Next Door. Bridget & I used to go together every year. One year we took Holly, Kendra & Hef to the Ren Fair & Filmed it on the TV Show. Great time, love the Ren Fair!
When we drove home, we found that our Neighbors were having a party and some random person Parked in our Driveway. Not a Big Deal so much I guess, but it happens to us so much that it has become a Nuisance. Roy had a bit to many Aboulettes at the Ren Fair and got really angry, yelling at the Party people to move their car ASAP from our Driveway.
This did not go down so well with the Party People and they got into my husband`s face. I stepped out of my car and started to come to my husband`s defense. It was pretty heated. A bunch of guys & a Chick I never met before were screaming in my face and ready to fight me & my husband. I yelled back saying 'Look, My husband had a little to much to Drink, you are still in the wrong for Parking in our Driveway, but no matter what, I will defend my Husband so let me take him home or I will hurt you!'
I took my husband inside our house, but he was still very upset. The cops came and talked to the party people and left. I begged my husband`s friends to take my hubby away from our house, since the party was still going on outside and my husband was threatening to go out and prove his point. Roy went to Murphy`s, his favorite hang out. Might not been a good idea for him to keep drinking, but yet it was better than him being home close to the party people. I stayed home to make sure that everything was safe. It was a good idea because after awhile the party people left. Roy was out with his buddies, away from what would make him more angry and when he did finally got home, he just passed out, eventually.
The next day, Roy was still upset, but he was also very hung over. I cooked him a greasy breakfast and stayed home to nurse him back to feeling better. All through the day however, he kept saying he was still upset & it was wrong for people to park in our driveway. I agree with him, but I told him, it is not about who is right at the moment. The thing is how to handle it. He just needs to chill out. Whatever the case, at least people know NEVER PARK IN OUR DRIVEWAY AGAIN, or else Thor`s Hammer will come down HARD on whoever Dares question our will - HAZZAH!!
oxox, Stacy

Posted by Stacy Burke at 3:39 PM No comments: 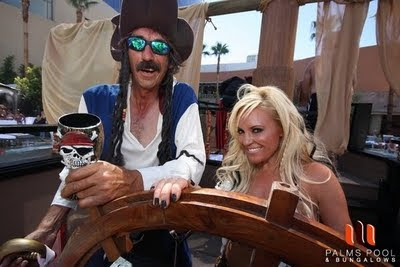 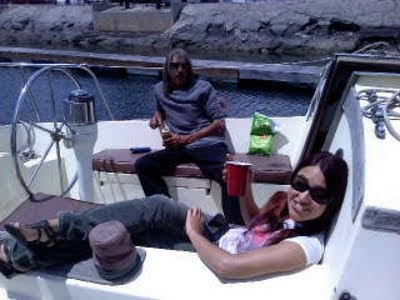